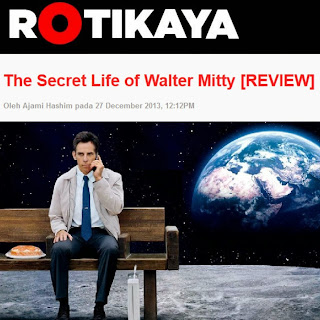 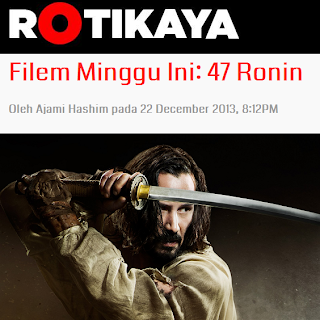 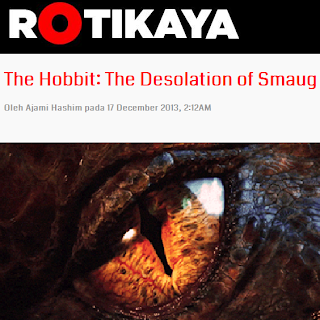 KOLUMPO: FINDING ENLIGHTENMENT IN THE CITY by HASSAN ABD MUTHALIB 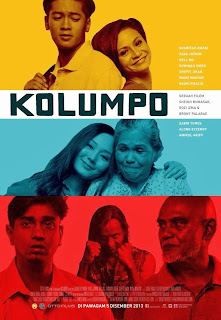 After so many turkeys and dodos over the past few months, what a breath of fresh air with KOLUMPO! The dodo is long gone but you can still spot some turkeys in the National Zoo. (One of them shares the parameters of the Zoo’s premises but that’s another story - and certainly merits far less consideration than KOLUMPO.)

STORY 1: Rahul, an Indian immigrant arrives in town to discover that the company that offered him a job has gone out of business. He is helped by a local restaurant owner & begins his life in the city as an illegal immigrant worker but then has to face up to his inevitable fate.

STORY 2: In Setapak, Gienna is a Chinese woman in her 30s who is constantly avoiding phone calls from her mother. She finds herself helping an old senile Malay lady who cannot remember where her house is. The incident brings her to a realization about her own mother.

STORY 3: In Ampang, young Hafidd meets a pretty stranger at the KLCC LRT station after they both miss the last train. For someone who has never dated anyone in his life, this is a life-defining moment &his only hope of a glimpse of love. At the end he realizes that Cupid uses more than arrows in the performance of his task.

The three stories create a collage of the human connections that bring happiness (or misery) in the city. Themes such as these have already been articulated in diverse ways in films such as BUKAK API (Osman Ali), SANCTUARY(Ho Yuhang), ROOM TO LET (James Lee), BUDAK KELANTAN (Wan Azli Wan Jusoh), HARU BIRU (Shadan Hashim), …DALAM BOTOL (Khir Rahman), BALADA PENCINTA (Khir Rahman), JALAN PINTAS (Nam Ron) & ROCK OH! (Mamat Khalid). While these films have been more or less pessimistic about life in postmodern Malaysia, KOLUMPO offers an alternative, non-judgmental view of the problems faced by young people and their nemeses, both real and imagined.

Much more interesting than the plot are the characters that have been conjured up to deliver what the filmmakers feel, perhaps about their own lives and experiences in Kuala Lumpur. The city has mostly been depicted in films as places of alienation, disempowerment & loss of identity. While hermits climb high mountains & gone into deep caves to achieve spiritual realisation, the filmmakers of KOLUMPO are instead saying that the big city could also be where one can find enlightenment through their experiences, both good & bad. They perhaps regard it as a duty to impart their experiences as a guide to others who come to the city with stars in their eyes. KOLUMPO’s 3 stories depict the city as a testing ground to hone oneself, that life is but a journey and that the travel is one that can bring enlightenment to those who are able to accept it.

It is easy to say that Yasmin Ahmad’s story & style can be discerned in these films but the filmmakers of KOLUMPO have gone beyond that. The ghosts of yesteryear have been laid to rest (but not yet in many mainstream films apparently!).Charin Pengpanich’s excellent cinematography (as in Dain Said’s BUNOHAN)effortlessly brings the characters & their stories to the fore. While the films of Yusof Haslam & Syamsul Yusof have grandly treated the PETRONAS Twin Towers as picture postcards, Pengpanich discreetly puts them into the background. The towers appear in all the 3 stories as motifs that quietly question the role of physical development at the expense of human development (also as in ROOM TO LET). The ubiquitous sloganeering poster of the political masters is another in question (as has also been grittily done in JALAN PINTAS).

The late Datuk Syed Alwi, playwright extraordinaire once said that artistes like him do not hanker for accolades. They only want the opportunity to express themselves creatively. KOLUMPO’s filmmakers (graduates of the now defunct Akademi Filem Malaysia, the first film school in Malaysia) have quietly gone about their business by first paying their dues in the industry. KOLUMPO proves that they are now a force to reckon with but need all the opportunities they can get.

KOLUMPU entertains, it has something to say & it depicts the culture &lifestyles (both good & bad) of the peoples of Malaysia. This is the mark of a good film. KOLUMPO is the best mainstream Malaysian film to hit the cinemas this year. 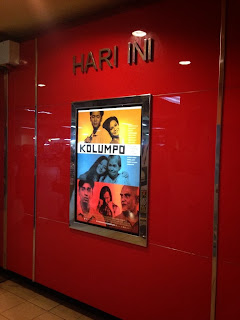 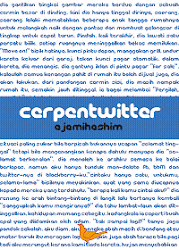